Maternally inherited diabetes and deafness (MIDD) has been related to an A to G transition in the mitochondrial tRNA Leu (UUR) gene at the base pair 3243. This subtype of diabetes is characterized by maternal transmission, young age at onset and bilateral hearing impairment. Besides diabetes and deafness, the main diagnostic features, a wide range of multisystemic symptoms may be associated with the A3243G mutation. Organs that are most metabolically active, such as muscles, myocardium, retina, cochlea, kidney and brain are frequently affected. Gastrointestinal tract symptoms are also common in patients with mitochondrial disease and constipation and diarrhea are the most frequent manifestations. However, there are few prior reports of intestinal pseudo obstruction in MIDD patients. Here we report the case of a patient with MIDD associated with the mtDNA A3243G mutation who developed chronic intestinal pseudo obstruction, and the introduction of Coenzyme Q10 as adjunctive therapy led to a solution of the pseudo obstruction. (Arq Bras Endocrinol Metab 2008; 52/8:1344-1348)

Maternally-inherited diabetes and deafness (MIDD) or mitochondrial diabetes mellitus (OMIM 520000), in the large majority of the cases, has been related to an A to G transition in the mitochondrial tRNA Leu (UUR) gene at the base pair 3243 (1-4). This subtype of diabetes is characterized by maternal transmission, as the name suggests, young age at onset and bilateral hearing impairment (5). Some patients become rapidly dependent on insulin treatment and might be diagnosed as type 1 diabetes, while others, can be managed with a diet or oral hypoglycemic agents for a variable time period and are often classified as type 2 diabetes. However, insulinopenia is progressive and some years after the onset of diabetes, most patients will need insulin therapy.
The underlying defect in mitochondrial diabetes is a progressive impairment of insulin secretion (6-8).
The molecular mechanism by which the A3243G mutation affects insulin secretion may involve ATP generation, since high plasma glucose concentration, via glycolysis and mitochondrial metabolism, leads to high ATP/ADP ratios within the cell. This ratio is sensed by subunits of ATP-sensitive potassium channels, closing them, which results in membrane depolarization. This process triggers the opening of voltage-gated calcium channels, causing calcium influx and insulin release.
Thus, any change in the biochemical pathway linking glucose uptake and ATP generation can possibly impair the efficiency by which glucose stimulates insulin secretion. Furthermore, mitochondrial diabetes does show a pronounced age – dependent deterioration of pancreatic function indicating involvement of additional processes.
The prevalence of MIDD in diabetic population accounts for 0.2-3%, depending on the ethnic background (9-11). In samples of our population previous studies showed a frequency of 0.4% (12,13).
Besides diabetes and deafness, the main diagnostic features, a wide range of multisystemic symptoms may be associated with the A3243G mutation. Organs that
are most metabolically active, such as muscles, myocardium, retina, cochlea, kidney and brain are frequently affected. Gastrointestinal tract symptoms are also frequent in patients with mitochondrial disease. Gastrointestinal dysmotility, including diarrhea and pseudo-obstruction, is the most prominent manifestation of MNGIE Mitochondrial NeuroGastroIntestinal Encephalomyopathy), an autosomal gene defect that induces multiple mtDNA deletions (14). In another mitochondrial disease, MELAS (myopathy, encephalopathy, lactic acidosis and stroke-like episodes), ischaemic colitis, chronic diarrhea and intestinal obstructio have been described before (15-18). In MIDD, Narbonne et al found constipation, diarrhea, or both in 88% of patients bearing the A3243G mutation (19).
In clinical practice, constipation in a diabetic patient is treated conservatively with the usual methods using bulk agents and stool softeners. If these agents fail, laxatives used prudently can be quite helpful. Cisapride was shown to have prokinetic properties in some, but not all patients with idiopathic or diabetic constipation. Not frequently, colonic dysfunction in diabetic patients may lead to more severe colonic disorders as a marked sigmoid dilatation.
Coenzyme Q10 (CoQ10) plays a central role in the mitochondrial respiratory chain by acting as an electron carrier. In addition, Co Q10 has also antioxidant and membrane stabilizing properties. There are previous reports showing beneficial effects of CoQ10 on some neuromuscular symptoms, prevention of progressive insulin secretory defect, exercise intolerance, hearing loss and myocardial dysfunction in MIDD patients (20-23).
Here we report the unusual occurrence of intestinal pseudo obstruction in a patient with a MIDD and the therapeutic usefulness of Coenzyme Q10.

Surgical treatment had already been proposed due to non-response to usual clinical management.
She was diagnosed with diabetes mellitus at the age of 11 years and had been treated with insulin since then. Progressive bilateral sensorineural hearing loss developed at age 27 and required cochlear implant. She also developed proliferative diabetic retinopathy requiring laser photocoagulation and end-stage renal failure, being on hemodialysis treatment for one year.
She had a family history of diabetes mellitus and hearing loss in her mother, two sisters and a nephew.
Her mother had a history of abdominal distension and died due to clinical complications related to an intestinal rupture.
Molecular genetic analysis was conducted in the patient and available relatives. The presence of the heteroplasmic point mutation at position 3243 (A3243G)
of mtDNA was found in the patient, her sister and nephew, which confirmed the diagnosis of MIDD. We were told that the proband’s daughter had hearing impairment and glucose intolerance but we could not examine her (Figure 1).

The patient BMI was 22.1 kg/m2 and her HbA1c level was 10.0% (normal range: 4.0-6.1%). Sensory and motor polyneuropathy were detected by neurological examination and electromyography. Intestinal and colon transit time showed diffuse bowel dilatation, megaduodenum and colonic inertia. CT scan showed diffuse stomach and intestinal dilatation without stenosis (Figure 2). Based on these findings, the diagnosis of intestinal pseudo occlusion was made. Despite of treatment with prokinet and antiemetics agents, the symptoms persisted. After this, Co Q10 100 mg/day was added to the treatment. She responded well and her symptoms improved. Thereafter, after a three year followup, she experienced no gastrointestinal symptoms.

Here we report the case of a patient with MIDD associated with the mtDNA A3243G mutation who developed chronic intestinal pseudo obstruction and responded well to the treatment with Coenzyme Q10.
MIDD, although a rare condition, is important to be correctly diagnosed since it has implications on therapeutics, screening of associated manifestations and family screening. It appears to be a decreased prevalence of diabetic retinopathy in MIDD. Guillausseau el al found that despite a mean duration of diabetes of 12 years, only 8% of patients exhibited diabetic retinopathy (24). Similar findings were obtained by Holmes-Walker and cols. (25). In contrast, the prevalence of nephropathy is high. Massin et al in a French multicenter study found renal dysfunction in 53.7% of MIDD patients compared with 28.5% in diabetic controls without A3243G mutation (26). The most prevalent finding in kidney biopsies is focal segmental glomerulosclerosis (24,27). These findings suggested that a specific mitochondrial defect, rather than diabetic nephropathy, may be responsible for renal impairment in MIDD. Our patient, during the evolution of MIDD, developed endstage renal disease. Since she had longstanding diabetes, poor metabolic control and severe diabetic retinopathy, we can infer that the primary cause of her renal disease was a diabetic nephropathy. However, specific mitochondrial kidney disease cannot be exclude Gastrointestinal tract symptoms are frequent in MIDD patients. Narbonne et al found that constipation was the most frequent manifestation, but diarrhea, nausea or vomiting and abdominal pain were also found (19). However, there are few prior reports of intestinal pseudo obstruction in MIDD patients (19,28). Pseudo intestinal obstruction is a severe condition characterized by disabling and potentially life-threatening complications over time (29). Accordingly, Narbonne et al reported the case of a fatal intestinal pseudo obstruction in a patient with severe MIDD (19) and Hiel et al in a patient with MELAS (30). The etiology of this condition in mitochondrial diseases is unclear. The abnormality can be due to either a miogenic or neurogenic origin, or both (14,28,31,32). In the present pedigree, the proband carrying the mtDNA A3243G mutation developed intestinal pseudo obstruction and her mother, an obligatory carrier of the mutation, had symptoms that resemble the same condition and resulted in her death, illustrating the familial occurrence of intestinal pseudo obstruction.
Coenzyme Q10 acts as an electron carrier of the respiratory chain in mitochondria and has also antioxidant and membrane stabilizing properties. Shimotake and cols. (17) reported the use of intravenous administration of Co Q10 in MELAS children who developed intestinal pseudo obstruction, resulting in gradual recovery in the following days. However, there are also reports of the occurrence of intestinal pseudo obstruction in patients already using Co Q10 (18,19,33). In our patient the introduction of Co Q10 as adjunctive therapy led to a resolution of the pseudo obstruction.
In summary, here we report the case of diabetic patient diagnosed as MIDD associated to mitochondrial DNA A3243G mutation who developed chronic intestinal obstruction and responded well to the treatment with Coenzyme Q10. Intestinal pseudo obstruction is a rare but severe condition and Coenzyme Q10 may be an adjunctive therapy for this condition in MIDD patients.
No potencial conflict of interest relevant to this article was reported. 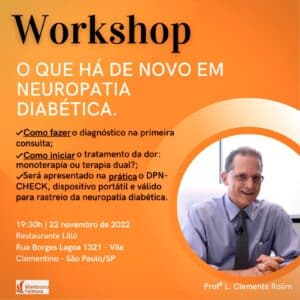 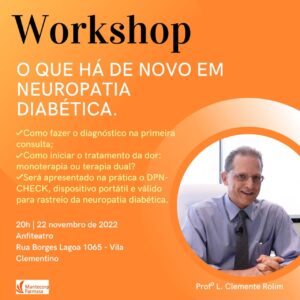 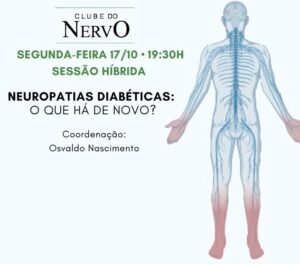